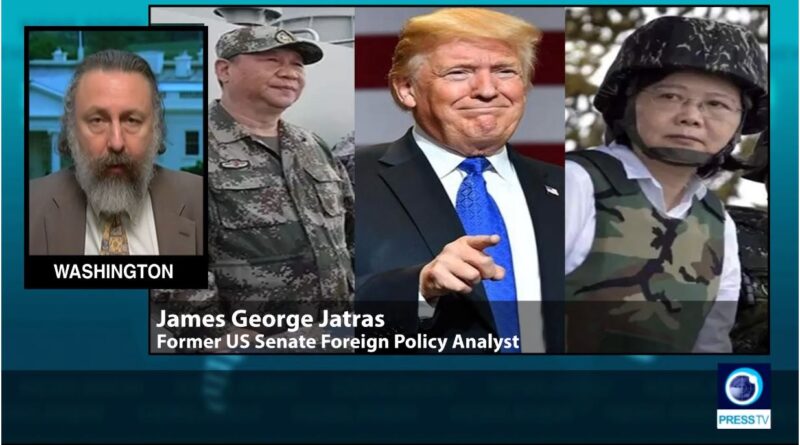 The key to American policy toward any country that is independent of US hegemony is “eventually one way or another to get the regime change,” a former American Senate foreign policy analyst has said.

James Jatras, a former Senate foreign policy adviser in Washington, made the remarks in an interview with Press TV while commenting on a report which said the United States is moving forward with three advanced weapons sales to Taiwan.

In a move that is likely to anger China and increase tensions between the two world powers, Reuters reported that the administration of President Donald Trump was pushing for the sale of seven large packages of weapons to Taiwan.

The packages, including long-range air-to-ground missiles, would be one of the largest weapons sales to the self-ruled island in recent years.

On Monday, the White House provided an informal notification of the proposed sales to congress for approval, sources familiar with the situation told Reuters on Monday.

The notifications were of three of the seven planned weapons sales, including cruise missiles that are fired from aircraft and are designed to strike ground targets, external sensor pods for F-16 jets and a long-range rocket artillery system that can strike targets up to 190 miles away.

The three weapons had already been approved by the state department which oversees weapons sales.

“If you ask me what benefit the United States derives from selling advanced weapons to Taiwan, I think the short answer is that we don’t. This is simply another turn of the ratchet to step up our pressure on all fronts against Beijing. Taiwan is a very sensitive place especially to do that, given that it is stated US policy that Taiwan is part of China. That’s one thing that Beijing and Washington agree on that even Taiwan does not officially claim to be an independent state. So this is really putting a very sensitive point of pressure on China to step up these, these arms sales sending them to Taiwan for the first time in many decades,” Jatras said.

“And I think this is simply designed if I can say this it is a form of political pressure and even harassment against Beijing trying to provoke them to some kind of response. And I don’t know why. in terms of the larger strategy, this isn’t US benefit at all except that so many of the policymakers in Mr. Trump’s administration have decided that the United States needs to confront China on every front the same way we’ve been doing against Russia for decades as well as against other countries like Iran, Venezuela, North Korea and so forth,” he added.

“I think it’s absolutely the case that the key to American policy toward any country that is independent of US hegemony is eventually one way or another to get the regime change, either through indirect military means or through a color revolution, or through economic collapse or some other collapse of the country and I do think that American policymakers, many of them have this fantasy that if they put enough pressure on Beijing in various means they can actually cause some kind of internal collapse within China, and hopefully get a government that is more amenable to US leadership,” he noted.

“And so I think this is all part of a larger strategy. They have a lot tried to achieve regime change in Beijing, which I don’t think is going to happen,” he concluded.

This file photo taken on November 9, 2017 shows US President Donald Trump (L) and China’s President Xi Jinping attending a business leaders event inside the Great Hall of the People in Beijing. (AFP photo) 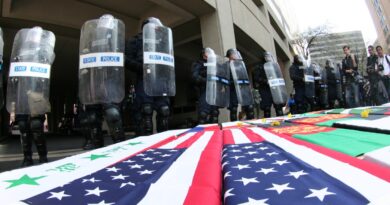 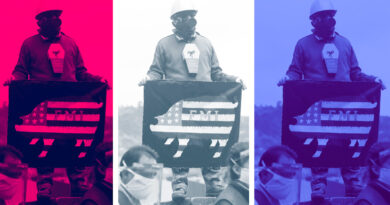 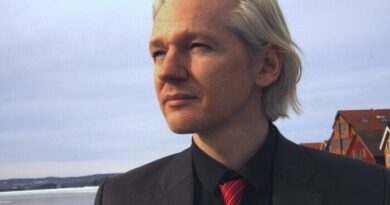