By Nicci Attfield and James Reed, The Ecological Citizen, January 27, 2021

In a recent post on the Earth Tongues blog, Patrick Curry (2020) argues that “identity politics and exclusive social justice activism have serious flaws,” as their anthropocentric focus on human beings and how they relate to the world turns a blind eye to ecology. Although Western society has placed a great deal of emphasis on inclusion, the true question is really ‘inclusion into what, exactly?’.

We began our own journey into social justice with a largely anthropocentric perspective. It was while facilitating the Agents of Change Project (created by James Reed in collaboration with Shelley Sacks) that we began to see eco-social justice as crucial, and to examine how ecological justice combines with social justice to create a possible future for the Earth. One of the factors that prompted this revaluation was seeing how anthropocentric accounts of social justice often proved an uncomfortable fit for many of the African people who took part in our project. This was because, as Lesiba Baloyi (2008) explains, many traditional African belief systems incorporate other-than-human nature as part of the self.

Anthropocentric descriptions of the self, such as found in mainstream psychology, may masquerade as ‘universal’ or ‘common-sense’, but in fact they are highly culturally specific. Their claimed ‘universality’ relies on making invisible a whole range of alter-native conceptions of the self, such as those found in African and other indigenous belief systems. These alternatives were often devalued under colonialism – something Baloyi (2008) refers to as ‘epistemicide’. This is why Grosfoguel (2012) argues that there are implicit racisms still present within many social science disciplines – racisms that are deeply connected to the dominance of anthropocentric belief systems. For this reason, as Simpson (2014) suggests, a move away from colonial racisms is a move towards re-embracing ecocentrism.

Historically, violations of the Earth – through activities such as large-scale monoculture farming or mining – have been linked to violations of human rights, often connected to social hierarchies and the capitalist belief that land is there as a resource for human exploitation (Anthony, 1995). By understanding how human and ecological rights intertwine, it is possible to move forwards from a social justice to an eco-social justice model. This means working towards a world where all beings are given value (Sacks and Zumdick, 2013). As Simpson (2014) explains, by turning towards nature, human beings can learn from the non-human beings who surround us. This encourages an engagement with a wisdom far greater than our own.

In the words of an Agent of Change:

People are not superior to each other, the animals or the Earth. By destroying our world you also destroy people […] Our needs are connected to the Earth […] People need our Mother Earth to nurture us and teach us and we need to love and nurture her too.

The Agents of Change project taught us that social justice is important, but needs to be combined with decolonized perspectives. By embracing a pluriversity and engaging with multiple belief systems, social justice is able to fight racisms, embracing ecocentric worldviews in order to do so.

Grosfoguel R (2012) The dilemmas of ethnic studies in the United States: Between liberal multiculturalism, identity politics, disciplinary colonization, and decolonial epistemologies. Human Architecture: Journal of the Sociology of Self-knowledge10: 81–90. 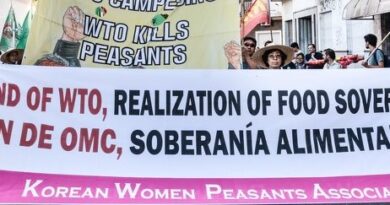