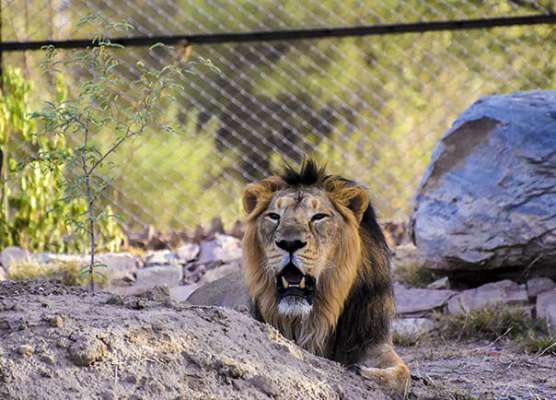 Beyond zoos: advocating for captive animals and their brethren in the wild in the time of Covid -19

Living in the wave of Coronavirus

Living in the midst of the devastating second wave of the coronavirus pandemic has taught me many personal and professional lessons. Life seems ephemeral. Life seems transient. Immersed in this situation, my mind nonetheless continues to capture the news emerging from all quarters on the plight of animals incarcerated in zoos.

The unfortunate death of a zookeeper

I learn[ed] about the most unfortunate death of a zookeeper in Itanagar Zoo in Arunachal Pradesh.  Polash Karmakar, a native of Dhekiajuli in Assam’s Lakhimpur district, was killed by a rescued tigress when he entered her cage to clean the water pond on 18th May 2021, zoo curator Raya Flago has reported to the press. Negligence has been cited as the main reason behind the unfortunate death of Mr Karmakar since three gates were reportedly open, giving the animal-free access to attack the keeper. The tigress named ‘Chippi,’ who mauled Mr Karmakar to death, had been rescued as an orphan along with another tiger named ‘Ipra’ when they were around eight months old from Anini in Dibang Valley district. They were moved to the Itanagar Zoo in 2013 and have been staying in the zoo since then.

This accident is a tragic incident, of course. There are frighteningly regular reports of dangerous and potentially lethal animals coming into close contact with humans with alarming regularity in zoos, not only in India but across the world. On 29 May 2017, a zookeeper named Rosa King was mauled to death by a Malayan tiger named Cicip at Hamerton Park Zoo in Cambridgeshire in the United Kingdom. This particular death was also attributed to negligence and an open gate that allowed the tiger to access the keeper.

The case of visitors intrusion

Apart from zoo animals killing their keepers, there are regular cases of visitors intruding inside the enclosures of different zoos across the world. Recently, in March 2021, a man breached the fencing of the lion enclosure in Alipore Zoo in Kolkata and was mauled in the process, although he escaped with his life. In the same month, viewers worldwide were stupefied by the scene of a man with his infant girl child entering the African Elephant enclosure in San Diego Zoo in California, USA. The man and his child had a lucky escape. After the incident, San Diego Zoo put out a statement saying, “On March 19, 2021, two guests, despite multiple barriers, purposely and illegally trespassed into a habitat, which is home to our Asian and African elephants. San Diego Zoo security promptly responded to the incident, but the guests had already exited the habitat. Both the elephants and the guests are unharmed.” In the midst of the coronavirus pandemic, these cases of human miscalculation and misadventure came in as stark reminders that zoo visitors do not always bear in mind the oft-repeated objectives of conservation, education and animal welfare as stated by zoos.

On top of this, there have been reports describing cases of zoo animals contracting coronavirus in zoo environments. For example, last year, it became widespread news that a tiger had contracted coronavirus in Bronx Zoo in New York in the USA in April 2020. Thereafter, in December 2020, four lions tested positive for coronavirus in Barcelona Zoo in Spain.

Recently, we have had a spate of reports on lions in Indian zoos testing positive for coronavirus. In this month alone, there have emerged news of lions testing positive for coronavirus in the Hyderabad Zoo in Andhra Pradesh, Etawah Lion Safari in Uttar Pradesh,  and Jaipur Zoo in Rajasthan. The Central Zoo Authority has issued a guideline dated 30th April 2021 for the effective management of zoo animals during this pandemic. The directive laid out 13 recommendations in addition to stating, “As a resource for reference of zoos, the webinar on dealing with COVID- 19 in big cats is available below:

The website of World Organisation for Animal Health for working with free-ranging wild mammals in the era of the COVID-19 pandemic can be accessed at (https://www.oie.int/en/what-we-offer/emergency-and-resilience/covid-19/)

We welcome the steps taken by the Central Zoo Authority

World Animal Protection welcomes the steps taken by the Central Zoo Authority to ensure the containment of coronavirus among zoo animals and visitors and believes that captive animals in zoos ought to be accorded the most humane treatment, no matter what the circumstances are.

Meanwhile a man in custody of a pangolin tested positive for coronavirus in Odisha. Although there have widespread concerns about pangolins being intermediate carriers of coronavirus that led the virus to jump the species barrier from animals to humans, we must be extremely cautious about portraying any animal as a scapegoat for causing the coronavirus pandemic. For example, Bill Zeigler, a leading researcher at the Chicago Zoological Society in USA, has shared his concerns over what accepting the research without proper support could do to the public’s perception of the endangered scaly mammal. “My concern is, if we don’t word it right and people become afraid of pangolins, they may go out and if they find a pangolin in the wild – in which case there is no real issue there, it’s not a danger to you as far as transferring a disease – they would kill it anyway, because they’re afraid of it,” he has alerted CBS News’ Tom Hanson in an interview. Ziegler ought to know where he is coming from given that the Brookfield Zoo run by Chicago Zoological Society in Illinois is among the most successful of seven American zoos working to breed pangolins in captivity.

Rather than giving rise to unfounded hysteria about wild animals being the cause of spreading coronavirus, the responsible steps to tackle coronavirus ought to include curbing wildlife trade, instituting responsible land use and farming practices and implementing humane and sustainable solutions for wild animals that have endured a lifetime of abuse.

In recent times we  have come across news of a tiger roaming free in Houston Texas, USA, almost seventy big cats, including hybrid lion X tiger crosses, known as ligers being seized from the Greater Wynnewood Exotic Animal Park Zoo in Thackerville, Oklahoma, USA, a thoughtful interview of Dr Jenny Gray, Chief Executive Officer of Zoos Victoria, Australia on ‘Ethics, Extinction, and modern day zoos. ‘Tiger King,’ the true crime series set in the world of private zoos and their eccentric owners like Joe Exotic, became a worldwide phenomenon when it was broadcast in March, 2020. In the 17 May, 2021 of the Bengali Desh magazine, published from Kolkata, there is a comprehensive reappraisal of the hybrid big cat experiments done in Alipore Zoo more than three decades ago, that resulted in two tigons(tiger X lion) and five litigons[Lion X tigon(tiger X lions)] being produced as well as naturally occurring hybrids including cognizance of the fact that human evolution was shaped by hybridization between Homo Sapiens and Neanderthals.

All these recent incidents call for a careful and thoughtful reappraisal for our relationship with all animals, including ourselves. In view of all these incidents and publications, World Animal Protection strongly calls for the humane treatment of all animals in captivity in zoos, circuses and other facilities, be they so called pure bred or hybrid. Under no circumstances should healthy animals be killed as happened with the killing of the healthy giraffe named Marius in Copenhagen Zoo in Denmark in 2014, and the killing of healthy hybrid tiger cubs in Magdeburg Zoo in Germany in 2008. As an alternative World Animal Protection recommends severely controlling and curtailing of breeding of animals in captivity in zoos and other captive animals facilities and the creation of rescue centres where unwanted zoo and captive animals can be retired for the rest of their lives to live in peace and dignity.

The international zoo community is in dire need of visionaries like Gerald Durrell, Jeremy Mallinson, John Aspinall, Bill Travers, Virginia McKenna, Billy Arjan Singh, Kailash Sankhala, Carl Sagan and Stefan Ormrod today. World Animal Protection believes that for many wild animals that are in abusive captive situations, relocation to wildlife friendly sanctuaries is the only way forward, an example being the elephants used or riding in Jaipur. I have been reading the book, ‘The Last Great Wild Beast Show,’ by Bill Jordan and Stefan Ormrod, a book that laid the ground for the passage of the landmark Zoo Licensing Act in Great Britain in 1981. We need similar books and champions of wildlife to ensure that wildlife belongs in the wild, the core ethic of the wildlife campaign of World Animal Protection.